Control of Drugs and The Law 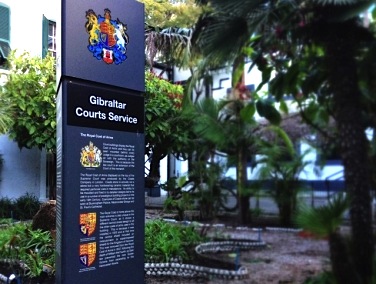 Drugs subject to legal control are generally of two kinds. They may be addictive, that is to say, the user becomes dependent on them either physically or mentally; or they may be dangerous to life, but have some pleasing effect, which leads people to misuse them. Some controlled drugs are both addictive and dangerous, for example heroin. Doctors may dispense some such drugs for legitimate purposes, or they may be obtained on prescription and are known as ‘prescribed drugs’. It is their use without proper supervision that is termed ‘misuse’ and is the subject of legislation.

The object of the law is to protect the persons involved, and to protect society against those who make or deal in drugs for misuse by others. The law does this by controlling drugs contained in those substances or products which are habit-forming, and which may destroy the constitution of the user. These drugs are listed in the Crimes Act 2011 and regulations made thereunder; they are known as controlled drugs. In addition to controlled drugs, other substances have been subject to misuse, such as solvents.

This Act creates many offences in relation to illegal manufacturing, importing, supplying and possession of ‘controlled drugs’.

It is extremely difficult to differentiate between controlled drugs, non-controlled drugs, and other harmless substances. Accompanying circumstances, such as apparent drunkenness without any smell of intoxicants, may create a reasonable suspicion that controlled drugs are being used or possessed. Always bear in mind that a person may be suffering from some illness, which causes similar symptoms.

Controlled drugs are listed in the Crimes Act 2011, and Regulations made thereunder. However, the list can be altered when necessary by the issuing of new Regulations.

Medicines (Prescription Only) Regulations, 1987 and the Drugs (Misuse) Regulations 2005 control the way medicines are made and supplied. Many controlled drugs are available as medicinal products. The Act divides them into prescription-only medicines (those which can only be supplied legally on a doctor’s prescription), pharmacy medicines (those which must be sold or supplied at a registered pharmacy and under the supervision of a pharmacist) and those on the general sales list, usually the least harmful, which may be sold in small quantities by supermarkets and other stores.

Controlled drugs are classified as ‘A’, ‘B’ and ‘C’ group, according to their toxicity. Most of the common drugs fall into Classes ‘A’ and ‘B’, but many of them you will never have heard of and would not be permitted to identify categorically, even if you could recognise them.
The common names used for drugs change constantly; a few of the current ones are given below.

Hallucinogens
The commonest is LSD (acid), a psychedelic drug that causes 6-12 hour hallucinogenic trips, which can be wonderful or terrible. It is taken in minute quantities by a pill or decorated squares of impregnated blotting paper. It is not addictive and appears to cause no physical damage.

Class B Cannabis
Known as dope, weed, ganja, hash, marijuana, pot etc, cannabis is one of the most common form of drugs in circulation. The brown resin is usually smoked when mixed with tobacco in reefers or joints, or cooked in food. The leaf is also smoked. Effects include relaxation, a sense of well-being, heightened perceptions and paranoia. Cannabis is not physically addictive, but users can become psychologically dependent. Long-term smoking can contribute to respiratory diseases. Few users go on to be regular users of Class A drugs such as heroin.

Amphetamines
These drugs (‘speed’ or ‘pep pills’) stimulate the activity of the central nervous system and raise energy levels but are followed by lethargy and depression. They can be psychologically addictive. They are widely used and not difficult to obtain. The stimulant is sniffed or injected in powder form or ingested as a pill.

Barbiturates
Some barbiturates fall into Class B because they contain amphetamine in the drug formula. Such barbiturates are commonly known as ‘uppers’ and include acetyldihydrocodeine, codeine, dihydrocodeine, etholmorphine and methaqualone. All barbiturates contain a substance called barbituric acid, which is mixed with other chemicals.

Class C
Other barbiturates fall into Class C drugs and are commonly known as downers’. All drugs whose names end in the letters ‘pam’, eg temazepam, diazepam are such barbiturates, as are buprenorphine and extropropoxyphene (pain relievers). Benzodiazapines (tranquillisers such as valium, librium, mogadon) are also Class C, and some are used by injection in place of heroin, or used to offset the effects of ecstasy. Particular problems have arisen because the drug is available as a gel, which is melted and injected. It then solidifies, causes blockages, abscesses and eventually gangrene. Other Class C drugs include diethylpropion, phentermine and mazindol, used as ingredients for appetite suppressers.

Gammahydroxy-butyrate (GHB) is also a Class C drug. It is often referred to as a ‘date rape drug’.
It is produced as a white powder, which is dissolved into water. In small doses it acts as an ‘upper’. In larger doses the anaesthetic effect takes hold and can lead to respiratory problems. It is potentially lethal when mixed with other substances, for example, alcohol.

Other Class C controlled drugs are anabolic and androgenic steroids and certain other drugs used by athletes to increase muscle bulk and strength and enhance physical performance. Prolonged use of these substances is thought to lead to heart disease and liver damage, paranoia and increased aggression. The body’s defences against physical stress and over- exertion are also suppressed by the drug, resulting in overheating or extreme fatigue, which may prove fatal. Although not thought to be physically addictive, some users become psychologically dependent on steroids, believing that their level of physical performance will drop without them.

Any preparation, or product, containing a controlled drug is deemed to be a controlled drug for the purposes of the Crime Act 2011. There are other drugs such Amyl and butyl nitrate (‘poppers’) in the form of a liquid, which is inhaled. Both are legally available as an emergency treatment for angina attacks and as an antidote to cyanide poisoning. The vapour is inhaled, causing an immediate rush as the heart pumps rapidly and enhances sexual pleasure. Side effects include nausea and headaches and they can be dangerous for those with heart problems or anaemia. Medical preparations based on these drugs are not readily available, but other products are available through mail order and sex shops, under names such as ‘Liquid Gold’ and ‘Hardware’.

Other prescribed tranquillisers and depressants may be used for experimentation by young people and cause psychological dependence for long-term users. These drugs used to be easily recognisable by their brand names, but, where generic equivalents exist, these are often prescribed and this has made visual identification more difficult and less reliable. Some ‘over-the-counter’ preparations such as antihistamines and opiates (which contain low concentrations of morphine and codeine) such as headache or cough treatments can be damaging if misused in frequent and excessive amounts.

Evidence that drugs are being used may be indicated by the presence of any of the following paraphernalia:

Certain people may possess any controlled drug when they are acting in the course of their duty. They include:

Contrary to Section 504 of the Crimes Act, it is an offence for any person unlawfully to:

This offence was designed to control the activities of all those involved in dealing in drugs and you will notice that it governs not only the physical act of handing over the drug, but also:

Making an offer in advance of any actual supply taking place and being concerned in any way with the arrangements to supply or offer to supply.

The Crimes Act therefore also covers the intermediary who makes the arrangements, whether for a fee or not, or who provides the money (regardless of whether there is any contact with the drug or the supplier) and the offender, who makes the actual supply happen by handing over the goods. But would there need to be any payment made for an offence of supplying to be complete? What if a person purchased a quantity of cannabis and made it available to a number of friends to smoke as an act of hospitality?

If anyone took the person up on the offer, then clearly that other person would be in unlawful possession, but, equally, his actions would make the offence of supplying complete, even though the supplier received no payment.

In reality, the majority of users of unlawful drugs are also engaged in the supply of those drugs to others, if only to their friends. Users of hard drugs, like heroin, quickly become addicted and their need to finance this habit may mean that they become active drug dealers themselves or become actively engaged in other criminal matters that will quickly generate cash.

There is a specific provision for Obstructing Police under Section 523 of the Crimes Act, which states: ‘A person who intentionally obstructs a person in the exercise of his powers under this section commits an offence.

Section 508 of the Crimes Act states:
It is unlawful for a person to cultivate any plant of the genus cannabis.

Genus Cannabis - This means any plant from the cannabis family. Cultivate - The term cultivate means “To grow or tend (a plant or crop).”

The penalties for the offences mentioned within are described in Schedule 8 of the Crimes Act, The Schedule provides a framework for the proper exercise of judicial discretion promoting consistency of approach and enabling clarity on those issues which a court will consider important while assessing the seriousness of an offence. Sentencing is generally also based on a sliding scale of “proportionality,” accounting for an offender’s intentions and the actual harm caused to both individuals and the community.