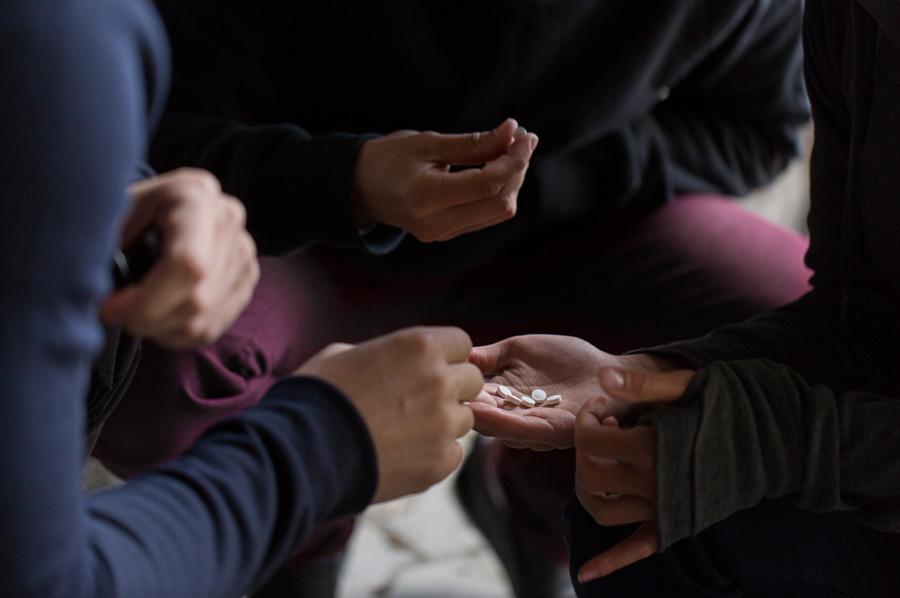 MDMA is the key ingredient in the drug ecstasy. MDMA is synthetic, meaning it's manmade.

MDMA works by altering chemical reactions in the brain. Most users take it as a pill or capsule. The effects usually last about 3 to 6 hours.

Drugz Your Choice… Fact: Ecstasy is known as a dance drug and is associated with young adults. Ecstasy is also known by its chemical name MDMA and is a stimulant with mind-altering properties. Over the years the cost of it has come down but so has the purity. It is often mixed with other, potentially more harmful substances and users do not truly know what they are taking.

Short-Term Effects
MDMA affects two neurotransmitters  in the brain, serotonin and norepinephrine. MDMA causes a build up of serotonin, a "feel-good" chemical that plays a role in mood, sleep, sexual feelings, sensitivity to pain, and aggression.
MDMA enhances a person's mood — whether that mood is happy, sad, or angry. MDMA also can make someone feel more energetic and warmer toward other people. It may also change the way a person perceives experiences or time.

Taking MDMA puts people at risk of dehydration and a dangerous condition called hyperthermia (a kind of heatstroke that can happen when someone gets a very high fever). Hyperthermia is a big risk if people take MDMA someplace hot where they're doing a lot of dancing or are very active, like at a club. Hyperthermia can cause brain damage, kidney failure, heart failure, and in rare instances, death.

A few ecstasy users take more than one pill at a time, which is known as "bumping." Because taking large amounts of ecstasy in a short period of time can cause MDMA to build up in the blood, bumping MDMA is dangerous. People who do it might have seizures and abnormal heart rhythms (arrhythmia).
MDMA can make people more sensitive to touch. Because of this, people who take it may be more likely to have sex, so the risk of getting an STD is higher.

Long-Term Effects
MDMA can be addictive for some people. They may keep using drugs like ecstasy even when they know about the health problems and other downsides.
People who use MDMA a lot can build up a tolerance to the drug. They need to take larger doses to get the same effects. Taking larger amounts of MDMA often puts stress on the heart. A person might have high blood pressure and pulse rates, breathe faster, and even have heart failure.

Long-term use of MDMA may cause permanent brain damage and memory loss. One animal study showed that just 4 days of heavy ecstasy use damaged the brain in a way that was still visible 6 to 7 years later.

Other long-term effects include:

Other Possible Problems
Taking too large a dose of MDMA at one time can lead to an overdose. Someone who overdoses on MDMA will have a higher body temperature, hallucinations, and convulsions, and could even die.

People can get physically dependent on MDMA. Because they might "crash" as the drug's effects wear off, some will keep taking it to prevent withdrawal symptoms. This can lead to binges of drug abuse that make the eventual crash even more difficult.

Part of the appeal of drugs like ecstasy is the price. People who make the drugs might keep them cheaper by adding other substances or drugs to the mix, like ketamine or heroin. This can cause dangerous drug interactions, especially when a user takes MDMA with alcohol or other drugs.

MDMA is listed as a Schedule I substance. That means it has a high potential for abuse and has no legitimate medical purpose. Possession or use is punishable by fines and jail time.

How Can Someone Quit?
MDMA can be addictive. This can make it hard to stop using it, and people might have increased cravings for the drug. People who try to quit might be depressed or unable to sleep. They might also have panic attacks, paranoia, and trouble concentrating.

Avoiding MDMA
Drugs like ecstasy are made in hidden laboratories or unsanitary kitchens. So there's no way to know what's really in a drug or how strong it is. There's always a chance of ingredient interactions or overdose.
Because there are so many names for MDMA or ecstasy, it can help to be aware of them. No matter what a drug is called, though, if someone offers you drugs in club or other settings (even when it's someone you know), protect yourself by saying "no".