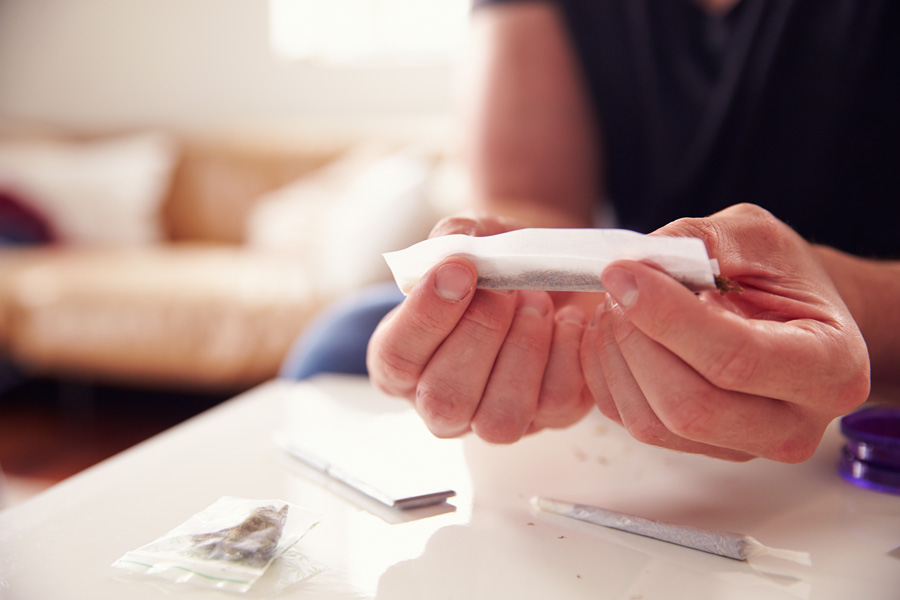 Tobacco use is the leading cause of preventable illness and death. It causes many different cancers as well as chronic lung diseases such as emphysema and bronchitis, heart disease, pregnancy-related problems, and many other serious health problems.

Drugz Your Choice… Fact: The nicotine in tobacco is what makes you addicted. When you smoke the effects wear off quickly. This makes you want to keep using tobacco again and again throughout the day. The more you do this, the more your body and brain get addicted to the nicotine. Fortunately, there are medicines; other treatments and GHA intervention programmes that can help people quit tobacco.

How Does Tobacco Affect the Brain?
Cigarettes and other forms of tobacco including cigars, pipe tobacco, snuff, and chewing tobacco contain the addictive drug nicotine. Nicotine is readily absorbed into the bloodstream when a tobacco product is chewed, inhaled, or smoked. A typical smoker will take 10 puffs on a cigarette over the period of about 5 minutes that the cigarette is lit. Thus, a person who smokes about 1 pack (25 cigarettes) daily gets 250 “hits” of nicotine each day. 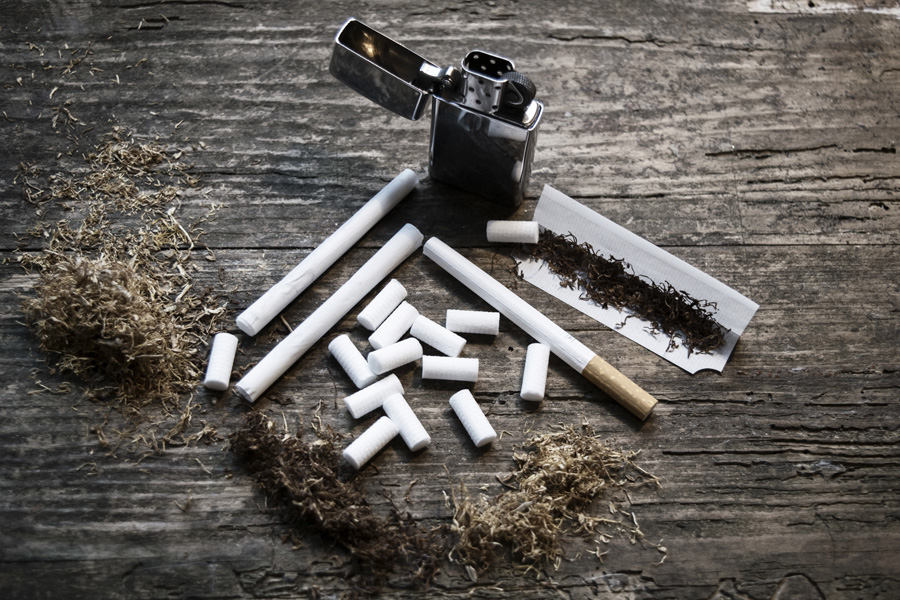 Similar to other addictive drugs like cocaine and heroin, nicotine increases levels of the neurotransmitter dopamine, which affects the brain pathways that control reward and pleasure. For many tobacco users, long-term brain changes induced by continued nicotine exposure result in addiction—a condition of compulsive drug seeking and use, even in the face of negative consequences.  Studies suggest that additional compounds in tobacco smoke, such as acetaldehyde, may enhance nicotine’s effects on the brain.

When an addicted user tries to quit, he or she experiences withdrawal symptoms including irritability, attention difficulties, sleep disturbances, increased appetite, and powerful cravings for tobacco. Treatments can help smokers manage these symptoms and improve the likelihood of successfully quitting.

What Other Adverse Effects Does Tobacco Have on Health?
Cigarette smoking accounts for about one-third of all cancers, including 90% of lung cancer cases. Smokeless tobacco (such as chewing tobacco and snuff) also increases the risk of cancer, especially oral cancers. In addition to cancer, smoking causes lung diseases such as chronic bronchitis and emphysema, and increases the risk of heart disease, including stroke, heart attack, vascular disease, and aneurysm. Smoking has also been linked to leukemia, cataracts, and pneumonia. On average, adults who smoke die 10 years earlier than nonsmokers.

Although nicotine is addictive and can be toxic if ingested in high doses, it does not cause cancer—other chemicals are responsible for most of the severe health consequences of tobacco use. Tobacco smoke is a complex mixture of chemicals such as carbon monoxide, tar, formaldehyde, cyanide, and ammonia—many of which are known carcinogens. Carbon monoxide increases the chance of cardiovascular diseases. Tar exposes the user to an increased risk of lung cancer, emphysema, and bronchial disorders.

Pregnant women who smoke cigarettes run an increased risk of miscarriage, stillborn or premature infants, or infants with low birth weight. Maternal smoking may also be associated with learning and behavioural problems in children. Smoking more than one pack of cigarettes per day during pregnancy nearly doubles the risk that the affected child will become addicted to tobacco if that child starts smoking.

While we often think of medical consequences that result from direct use of tobacco products, passive or secondary smoke also increases the risk for many diseases. Secondhand smoke, also known as environmental tobacco smoke, consists of exhaled smoke and smoke given off by the burning end of tobacco products.

Nonsmokers exposed to secondhand smoke at home or work increase their risk of developing heart disease by 25%–30% and lung cancer by 20%–30%. In addition; secondhand smoke causes health problems in both adults and children, such as coughing, overproduction of phlegm, reduced lung function and respiratory infections, including pneumonia and bronchitis.

Children exposed to secondhand smoke are at an increased risk of ear infections, severe asthma, respiratory infections and death. In fact, more than 100,000 babies have died in the past 50 years from sudden infant death syndrome (SIDS), and other health complications as a result of parental smoking. Children who grow up with parents who smoke are more likely to become smokers, thus placing themselves (and their future families) at risk for the same health problems as their parents when they become adults.

In this respect Gibraltar Government introduced an important initiative in October 2012 with the prevention of passive smoking ‘Smoke Free Environment Act’. The legislation formed a significant milestone in the history of public health in Gibraltar. Not only was it significant in that passive smoking was at last officially acknowledged as a major health risk, but the general welcome and acceptance by the public was a striking demonstration of how society has moved with the times in taking health matters seriously.

Although quitting can be difficult, the health benefits of smoking cessation are immediate and substantial—including reduced risk for cancers, heart disease, and stroke. A 35-year-old man who quits smoking will, on average, increase his life expectancy by 5 years.

Smoking Prevalence a Disturbing Local Trend
In the last GHA Health and Lifestyle report 29% of the population are current smokers. This the report highlighted is similar to the prevalence in Spain, although much higher than that in England, Guernsey, the Isle of Man, Wales and Jersey. In the youngest age group (16-24), Gibraltar has the highest smoking prevalence rate of all the countries studied. Younger men are significantly more likely to smoke than older men. People today are starting to smoke from a younger age than in their parents’ or grandparents’ generations.

Are There Effective Treatments for Tobacco Addiction?
Tobacco addiction is a chronic disease that often requires multiple attempts to quit. Although some smokers are able to quit without help, many others need assistance. Both behavioural interventions (counselling) and medication can help smokers quit; but the combination of medication with counselling is more effective than either alone. 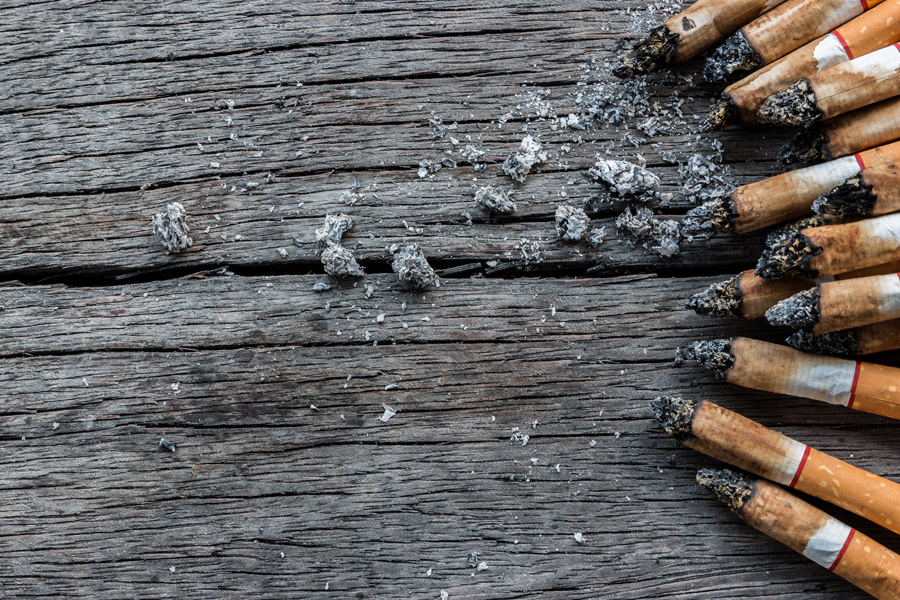 Behavioural Treatments
Behavioural treatments employ a variety of methods to help smokers quit, ranging from self-help materials to counselling. These interventions teach people to recognize high-risk situations and develop coping strategies to deal with them.

The GHA organised and extremely popular ‘Stop Smoking Clinic’ continues to provide a much-needed service to help smokers in Gibraltar to quit their habit.

The world's nations have responded with coordinated action to reduce tobacco use and save lives.  The world's first public health treaty, the World Health Organization Framework Convention on Tobacco Control, took effect in February 2005.  The treaty commits nations to implementing scientifically proven measures to reduce tobacco use and exposure to secondhand smoke.

Tobacco/nicotine dependence is a condition that often requires repeated treatments, but there are helpful treatments and resources for quitting.

Smokers can and do-quit smoking. In fact, today it is thought there are more former smokers than current smokers!

‘Drugz Your Choice’ is a website designed and built with the youngsters of Gibraltar in mind, predominately to help them make the right choices regarding drugs and other substances.

“Everything in your life is a reflection of a choice you have made. If you want a different result, make a different choice”